U.S. man says cremation denied partner because they were gay 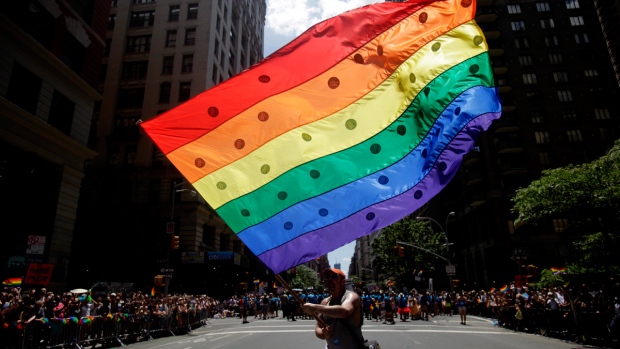 NEW ORLEANS — A south Mississippi funeral home went back on an agreement to cremate an 86-year-old man after he died and paperwork showed he was gay, according to a lawsuit in state court.

Picayune Funeral Home had told a nephew in Colorado that Robert Huskey’s body would be picked up and cremated for $1,795, and paperwork would be handled after his death, according to the lawsuit. But, it said, when the faxed-in form identified John Zawadski as Huskey’s husband, the nursing home where Huskey died was told the company did not “deal with their kind.”

“It was devastating. It was like losing an arm and throwing it in the garbage,” said Zawadski, 83, who met Huskey in 1965 in Anaheim, California. The two lived together in California, Colorado, Wisconsin and Picayune, Mississippi, and married there on July 17, 2015, shortly after the U.S. Supreme Court struck down laws against same-sex marriage.

The funeral home’s court papers deny the lawsuit’s allegations. It “was filed without substantial justification, is frivolous, and is groundless in fact and law,” say the papers filed March 28.

“This is not a civil rights case or a discrimination case,” attorney Silas McCharen said in an email Tuesday, noting that the suit “sets forth only state law-based tort and contract claims.”

Henrietta Brewer, who owns the funeral home with Ted Brewer, “denies she ever spoke the words ‘deal with their kind’ to anyone, including anyone at the nursing home … Picayune Funeral Home has never refused to provide funeral services based on sexual orientation,” McCharen wrote.

Although the suit asks for monetary damages, Zawadski said it has one aim: “That nobody else has to put up with this.”