Curated Cremation Urns a Way of Life for Chicago Woman 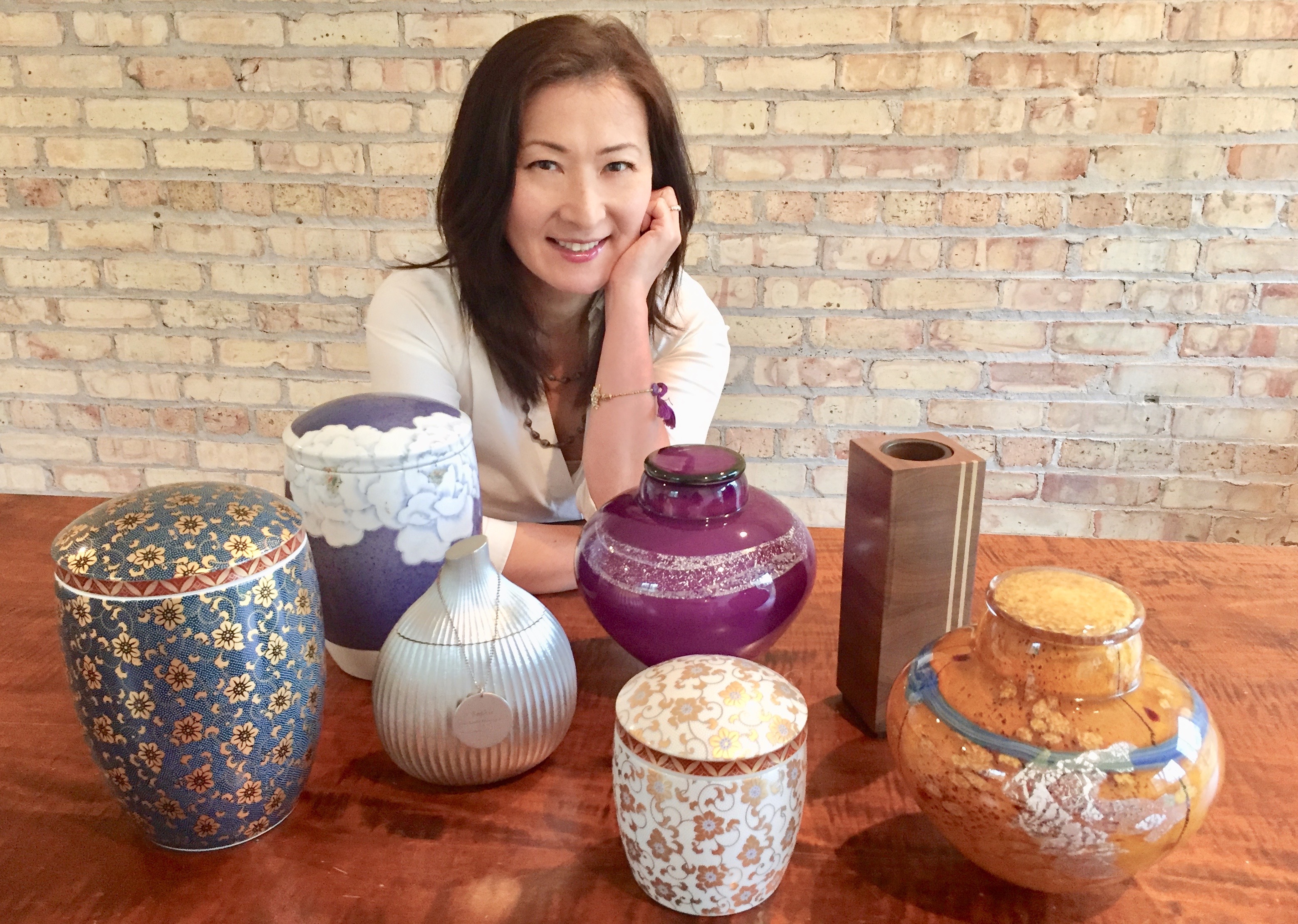 CHICAGO — Former marketing executive Michi Kustra is introducing new design sophistication and Japanese aesthetics to memorial urns and changing the way many Americans are choosing to remember their loved ones.

Kustra credits life’s challenges with leading her to help found Urns In Style, a business that is bringing artistry and curation to the cremation urns market.

Born and raised in Iwate, Japan, Kustra graduated from Waseda University in Tokyo as a social psychology major. But soon after she graduated, Kustra discovered that opportunities at Japanese corporations were limited for women.

“The interviewer would tell you right away that I could only stay (at a Japanese corporation) until age 24. After that, you were expected to marry and start a family.” she recalls.

Kustra set out to instead work for a foreign company and was hired by global advertising agency Leo Burnett, which maintained offices in Japan.

Rising through the Leo Burnett ranks, Kustra was transferred to the company’s worldwide headquarters in Chicago, and after a seven-year stint at the agency, she moved on to Internet marketing during its infancy, and has since built her career as a senior level Ecommerce marketing and merchandising executive. Her online retail experience ranges from apparel (Spiegel Catalog) to the No. 1 retailer for Herman Miller high-end office furniture (Office Designs), cultivating in-depth knowledge of what it takes to operate a successful online retail operation.

When she learned that the husband of one of her best friends was dying of a cancer and that he had elected to be cremated, Kustra became intrigued by cremation and product offerings for the category. Upon searching on Google, Kustra found existing urn offerings disappointing, only seeing basic “containers” with no aesthetics.

“Shopping for an urn in itself is a very emotional experience where the customer needs both comfort and inspiration at the same time, since they want to celebrate a life of their loved one,” she points out. The experience was an “aha” moment for Kustra, realizing that there was a huge void in the American market.

Cremation is widely accepted in Japan (99.9 percent) and other parts of Asia, including Thailand, Taiwan, India, and Nepal. The cremation rate is steadily increasing in the U.S., where it is projected to rise to 55.6 percent by 2025, according to the Cremation Association of North America. The disparity can be attributed to religious precepts and culture. The Catholic Church, for example, prohibited cremations until 1964.

In the Japanese American community, statistics appear to be more akin to practices in Japan. Cathy Tanaka of Fukui Mortuary, whose clientele is predominantly Japanese American, reviewed data collected so far this year. “Based on our experience, about 80 percent of families choose cremation versus burial,” she reported.

Believing that there was a market for high-quality urns that offer inspiration to celebrate a life, Kustra devoted off-hours to pursue her idea while working full-time as a partner/vice president of marketing and mother of two daughters. Three years ago, she quit her corporate job and began pursuing her dream full-time by launching Urns In Style.

She envisions the urns that she offers as works of art and works with artists who can provide exclusive designs.