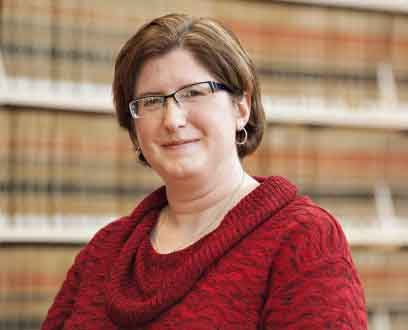 Arizona House Bill 2613, approved by the House Commerce Committee last week, proposes to eliminate state licensing requirements for occupations such as fruit packers. Yes, you read that correctly. Under current Arizona law, you may not pack citrus fruit without a license from the state, which will cost you $200 per year. Packing citrus fruit without a license will earn you a $500 fine. HB2613 also removes questionable licensing requirements for occupations including yoga instructor, landscape architect, and geologist. The bill is consistent with one of Republican Governor Doug Ducey’s top priorities—to reduce the regulatory burden on businesses and consumers. One of Governor Ducey’s policy advisors explained that “[occupational] licensing should be the last option, not the first. … reducing regulations means more money for hardworking Arizonans.”

That sounds great, but HB2613 doesn’t uniformly reduce barriers to entry. In at least one case, it significantly raises them. For at least 300 hardworking Arizonan cremationists, this regulation “reduction” will mean far less money because they will suddenly become unqualified to do their job. Under current Arizona law, only a person licensed as a cremationist can operate a crematory retort and perform the cremation of human remains. HB2613 eliminates the cremationist license, but not the requirement that a licensed person operate a crematory retort and perform cremations—the government grants the exclusive privilege to perform those tasks to another licensed group: funeral directors. HB2613 does so by redefining “funeral directing” to include “operating a crematory retort and performing the actual cremation of human remains.” Arizona law already provides that no one may perform “funeral directing” without a funeral director’s license.

Under current Arizona law, in order to receive a cremationist license, a person must complete a crematory operator’s certificate course, submit a fingerprint card for a background check, have a good moral character, and pay an annual fee of $85 to the Arizona Board of Funeral Directors & Embalmers.

To become a licensed funeral director in Arizona, an applicant must pass the funeral service arts section of the national board examination or the state equivalent examination, pass an examination on funeral director state laws and rules, be of good moral character, pay an annual fee of $85 to the Board and, oh yes, have held an active license as an embalmer for at least one year and have assisted in arranging and directing at least 25 funerals.

To become a licensed embalmer in Arizona, an applicant must pass the funeral service science section of the national board examination or the state equivalent examination, pass an examination on embalmer state laws, have been licensed as an intern for at least one year, have successfully completed an internship program that included assisting in the embalming of at least 25 human bodies, and pay an annual fee of $85 to the Board.

To become a licensed intern in Arizona, an applicant must be a high school graduate, be a graduate of an accredited school of mortuary science, be of good moral character, and pay an annual fee of $85 to the Board.